7 Hacks That Will Improve Your Life 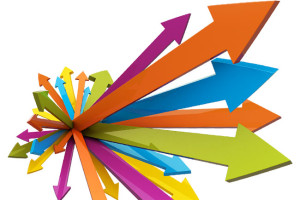 Do you ever feel overwhelmed at work, like you don’t know why you’re there because you just can’t seem to accomplish anything? You’ve tried every trick in the book, you’ve scoured the web for tips on getting more organized, but the idea of becoming more productive just makes you dizzy.

Well we’ve compiled a few fresh ideas that’ll trick your brain into being better, faster, stronger with little to no effort!

1. Think Positive. We’ve said it before and we’ll say it again: the more positively you think about yourself and your work, the more productive and accomplished you’ll actually become! Never underestimate the power of self-validation. The more you believe that what you’re doing makes an impact, the faster it will manifest into truth. If you think of yourself as unproductive, you will become unproductive.

2. Eat Smart…foods! You are what you eat: eat junk, work like junk. Eat strong, work like a beast! Foods that have high levels of caffeine and processed sugar are terrible for brain activity. That grande latte with an extra shot of espresso or that canned energy drink might give you a jolt of energy and make you feel like you’re awake and getting a lot done, but in reality, you’re just experiencing an overwhelming rush of adrenaline and that always wears off. Instead, try boosting your brain cells with magnesium and fiber packed foods like pumpkin and sunflower seeds, nuts, blueberries, fish, tomatoes, dark green vegetables, avocado and chocolate…oh, yes we did! Just make sure it’s at least 70% dark chocolate or even a handful of cocoa nibs mixed in with some Greek yogurt or sugar-free oatmeal.

3. Get Smelly. Aromatherapy has been used for centuries for several purposes. The olfactory bulbs are little nuggets of nerves connected to the parts of the brain that control processing learning, memory and emotions. The best scents for boosting productivity are lemon and other citrus fruits as well as cinnamon. Lavender, peppermint and rosemary are all very calming, which can help you relax and focus on work, but you risk your workspace smelling like Grandmother’s cottage. You can boost the effect by drinking hot tea with lemon or keeping lemon and orange infused water in a bottle on your desk.

4. Pump It! Get the blood flowing and oxygen circulating by working out while you work. Check out some of our previous posts on getting a little exercise at work for some ideas. In general, just walking around while making your phone calls, or hand-delivering your memos instead of texting them gets your heart rate up and your brain functioning at top performance!

5. Do Puzzles. Exercise your brain, too, by keeping some puzzles at hand. Crosswords, a Rubik’s cube, Sudoku, and other brain teasers are a great way to take a mental break from work, but exercise cognition and problem solving skills.

6. Be a Dictator…to your computer. Programs and software like Dragon are great. Load them onto your computer and you can just verbalize any file you’re searching for, rather than doing it manually and working longer on one thing. Plus, by vocalizing tasks, you are able to focus more intensely on them rather than getting derailed by another train of thought. The riptide of the stream of consciousness is a hazard that no lifeguard can save you from!…wait…what were we just saying…?

7. Last but not least, take a nap! You hated naps as a kid, you abused them throughout college, and now you secretly plan to bring your blanket and pillow for a secret cat nap under your desk every day. Well don’t feel bad. A shocking number of Americans are coming to work sleep-deprived, which makes them sloppy and slow about their work. Falling asleep at your desk is considered humiliating and lazy. However, in countries like Japan, if an employee falls asleep at their desk for a few minutes, they are considered to be dedicated workers and are left alone! A short 20 minute snooze can reset your break, enhance awareness and creativity, and of course, boost your mood! Have a tricky problem to solve at work? Sleep on it! Take a few minutes to close your eyes and the answer will be clear once you’re ready to work again. Several modern companies have facilities on site where employees are encouraged to nap, but that’s not in everyone’s budget. During your lunch break, go out to your car or a seat outside and just relax for a bit and see what a difference it makes!

Well, there you have it. Put a few of these life hacks in place and try to measure just how much more productive your life becomes over the next week of two. We’re confident that any number of these will add up to a much happier, healthier, and more productive you!