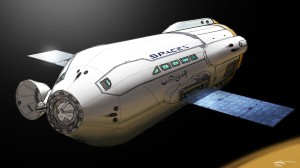 The University of Texas has started making plans to connect fiber optics to the SpaceX rocket launch created by the infamous Elon Musk! Elon Musk, CEO of SpaceX and Tesla, has been working on commercial space travel since 2002. SpaceX aims to create an affordable way to get to space, similar to commercial airlines. Fiber optics are being laid down to collect radio frequencies and help develop these commercial rockets! SpaceX hopes to make the concept of colonization on Mars possible since it is similar to Earth! The company plans to be sending non-astronauts into space within the next decade, will you be going galactic?!

One thought on “Fiber optics link to SpaceX!!”